The other day, I picked up an order from McDonald’s. In addition to lunch, I ordered an apple pie, which has become a recent tradition. I decided to save the pie for later to enjoy with an afternoon cup of coffee. Sometimes, I come up with brilliant ideas and this was certainly one. My perfect plan was ruined when a bunch of little ants decided to jump into my snack before the coffee was ready. Maybe some people would’ve eaten the pie despite the intrusion. I didn’t. Because I know that little things can ruin big things. I know that little doesn’t mean “insignificant” or “powerless”.

There’s a bible verse that talks about little things. Song of Solomon 2:15 says “Catch for us the little foxes, the little foxes that ruin the vineyards…” Little foxes don’t represent danger as apparently as a great famine or wildfires, but they can still destroy the vineyard that we’ve been working on. I think of the vineyard as what i’m building with God, my relationship and connection with Him. By the way, how’s that coming along for you? Are you spending a lot of time there, getting your hands dirty?

During my time with YWAM in Argentina, I heard a teaching about these little foxes. I learned about how these sneaky foxes slip in when we are distracted by more urgent matters. They like to disguise themselves as not-so-bad. But don’t be fooled. They can really make a mess.

I struggle sometimes when I see some of my friends of the same age who are not doing so well in life. “At least i’m not as bad as them” I’ve thought to myself. This is comparison. This is toxic.

I struggle sometimes when I pass by people on the street who have lost their living situation. When they reach out their hand to ask for help, the easy thing to do is to look away or pretend like I don’t notice. But I do. But that’s not how I want to live my life. That is indifference.

Every day, I have to fend off judgement in my mind. I catch myself criticizing the way other people do things, eager to correct. I have to actively decide not to attack them, but to love them.

Vengeance can also be on of these little foxes. With the recent passing of actor Chadwick Boseman, I have been thinking about a quote from his Marvel character. When T’Challa (AKA Black Panther) finally finds the man responsible for the death of his father, he says this:

This is the attitude we need to embrace in order to take on these “little” toxic dangers. Be decisive and clear. Make a statement today that you’re done letting these little things destroy your vineyard. 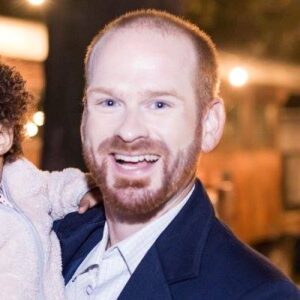 David is passionate about working with young people in any and all contexts. He particularly enjoy serving through interpreting and connecting with the communities. He and his wife Noemi have two daughters, Eloise and Rayli, who love working in YWAM too.
NextNews Letter, Aug 21, 2020.Next
Part of the YWAM Family of Ministries
Search our site
EN
ES EN